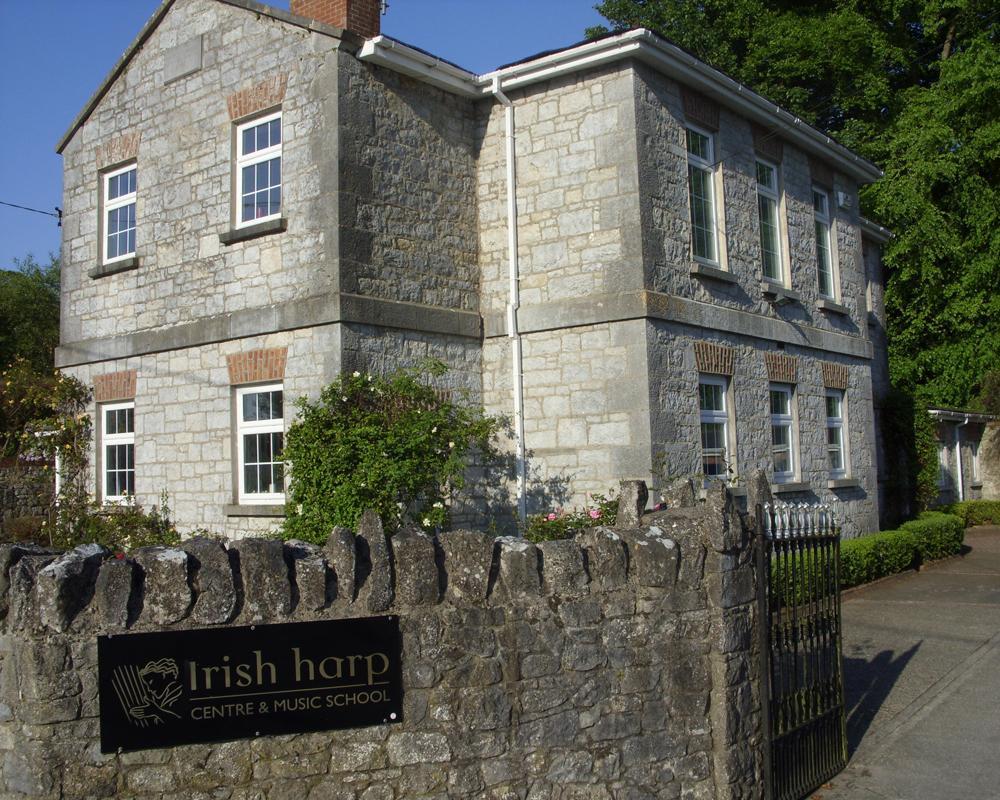 The Irish Harp Centre at Castleconnell, Co.Limerick was a residential harp college and music school directed by Dr Janet Harbison with husband Malcolm Gullis from September 2002 to June 2016. The music school (serving 700 students at its busiest, 100 of which were harp players) was also the venue for many harp courses, conferences, summer-schools, harp music publishing (Irish Harp Centre Publications) and served as the home-base of the Irish and Irish Youth Harp Orchestras.

After 14 years, Janet returned to academe on being awarded a Visiting Professorship (Irish Music) at the University of Ulster (from July 2016) and she moved home to London (with husband Malcolm who directs 'Music SouthEast', a private London music school and is a Wandsman at St. Paul’s Cathedral.)

In April 2019, Janet and Malcolm moved again to historic town of Warwick, Shakespeare's home-place at the centre of England.  On September 1st, the Harbison Harp Studio opened and a new chapter begins....