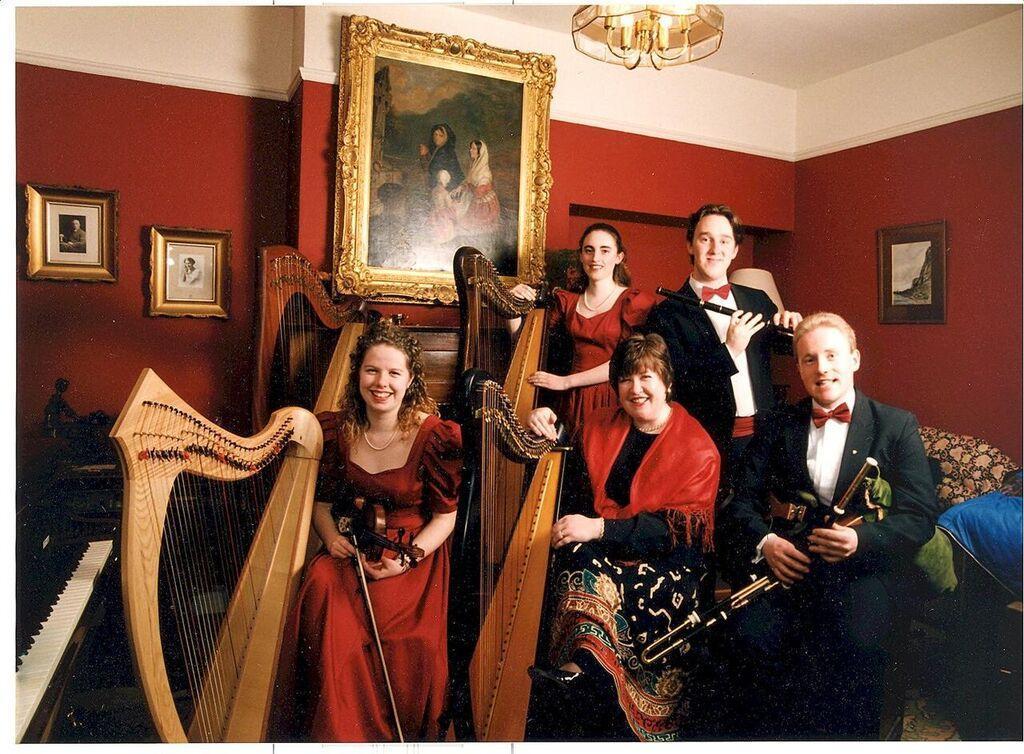 Clarsheree was Janet’s 5-member group assembled in 1993 to record an album of Carolan music and to go on tour to Gothenburg (Sweden) where they featured at an Irish music festival with the Riverdance choir Anuna.  Clarsheree members comprised:

Janet on vocals, harp and harpsichord

Grainne Hambly (Mayo) on harp and concertina and

While the recording focused on (contemporary renditions of) the music of Turlough O’Carolan (1670-1738), the group’s performance programme also featured other music including original pieces by Janet and also by Patrick Davey with the first appearances of his wonderful pieces ‘Flying to the Fleadh’ and ‘The Rectory Reel’ (named after the Old Rectory in Glencolmcille where we taught our summerschools).  Janet’s arrangements of these tunes set the style for the future, more contemporary direction of Janet’s other groups including the Harp Orchestras.  Big thanks for the inspiration Patrick - who didn’t actually come on that tour with us in the end because of illness.  Paddy was replaced by another great uilleann piper from Armagh, Barry Kerr, who as well as starring with the Belfast Harp Orchestra in later concert productions, went on to star in the show ‘Celtic Thunder’.

The group Clarsheree went on for a number of years to perform at many corporate occasions for national and international businesses and state occasions.

‘Clarsheree’ is an anglicisation of the Irish word ‘Clairseoiri’ meaning ‘harpers’.