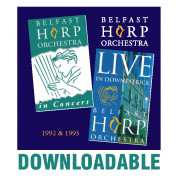 A major piping epic that tells of the war of the MacDonnells of the Isles and the Ulster O’Neills. It is made up of the following pieces:

Awaiting the order for battle

Alisdair calling out for support

Gathering for the battle (Allisdrum’s March)

Strike and kill and leave no one alive!

The fall of Alisdair

The women’s search for their battle hero