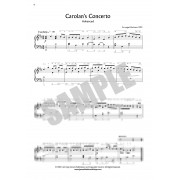 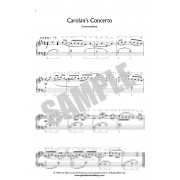 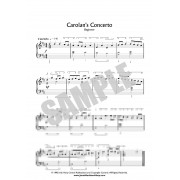 In 3 versions Beginner, Intermediate and Advanced

Turlough O’Carolan’s most famous piece was composed around 1720 when visiting Dublin.... The following account comes from Walker’s ‘Irish Bards’ 1786:

“In the [early 1700s], Lord Mayo brought from Dublin a celebrated Italian performer [said to be Geminiani] to spend some time with him at his seat in the country. Carolan, who was at that time on a visit at his lordship’s, found himself greatly neglected; and complained of it one day in the presence of the foreigner. “When you play in a as masterly a manner as he does,” replies his lordship, “you shall not be overlooked.” Carolan wagered with the musician, that though he was almost a stranger to Italian music, yet he would follow him in any piece he played; and that he himself would afterwards play a voluntary, in which the Italian should not follow him. The proposal was acceded to, and Carolan was victorious.
” From Walker’s ‘Irish Bards, 1786

Carolan had proved himself and the tune he played came to be known as ‘Carolan’s Concerto’. In its first publication, however, it was titled “Mrs Poer” who, the researcher Donal O’Sullivan shows, was Mrs Elizabeth Power of Coorheen, Loughrea, County Galway. So, it seems that although Carolan was supposed to have composed his tune ‘extempore’ (which means ‘instantaneously’), it was later dedicated to Mrs Power – the mother of Fanny Power (or Lady Frances Power) for whom Carolan composed another famous melody.

A lot has been written about Carolan (or ‘Turlough O’Carolan’) which testifies to the importance of the man, his stature, notoriety and his extraordinary melodic legacy of over 200 tunes. The most important resource for any student taking their studies further is: “Carolan: The Life and Times of an Irish Harper” by Donal O’Sullivan, pub. London, 1958.