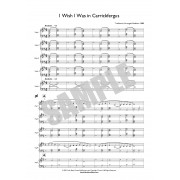 For Harp Ensemble in 5 part